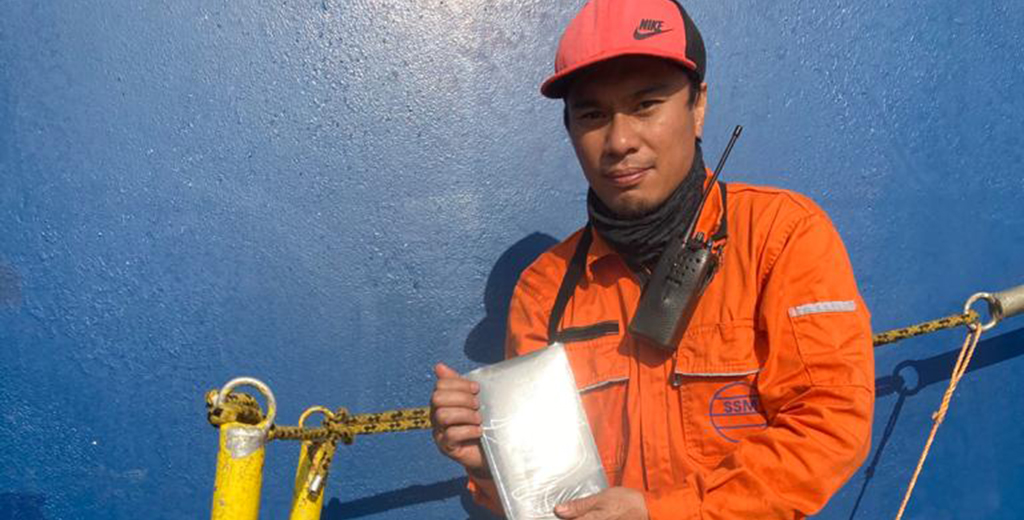 To turn a tight fist into an open hand

For most people it is just another day, another headline. But, if it is about your roots, where you are from, it changes your world into a melting pot of fear, anger and a thousand mixed other emotions. One can only wonder how it will affect the men on board ships, themselves children just a short time ago in tropical Myanmar. Communication is erratic, the cruelty played down - an attempt of the militants to manipulate and polish news before it is released to the rest of the world.

In the Durban container cargo terminal some ships visit again and again. Typically it takes about a month and a half, or two months for a ship to complete one route. This is why Chris often has a chance to meet the same men more than once.

Today the man standing in front of him is from Myanmar. As their eyes meet, they both realise that they have met before. Chris tries to find ways to identify the man as a frequent visitor, reaching for all corners of his memories to find the information. He remembers that the man refused a Bible in the past. That does not stop Chris. He asks again...

This time the man does not speak much, but he nods his head and holds out his hand, an open hand. The earlier resistance, the stern fist grip of his hand then, the attitude with which he refused the Bible have disappeared. It is as if the assuredness has vanished. It is as if his foundations, or what he thought to be his foundations, have dissipated. Those appear to have been fables.

They do not speak much, but there is a reciprocal understanding that this is a turning point. For this man it is a radical step to find sense in a world that no longer makes any sense. It is shocking to know that something as horrible as '87 child victims dead' leave most people untouched, hardly warranting blinking an eye.

Chris prays for him that the Holy Spirit will work within him, powerfully within him and that he may find peace in the Man of the Cross that also died for him, a seafaring man from Myanmar. This is because of your support.  It helps Chris again and again, month after month, to turn a tight fist into an open hand. Thank you for that!