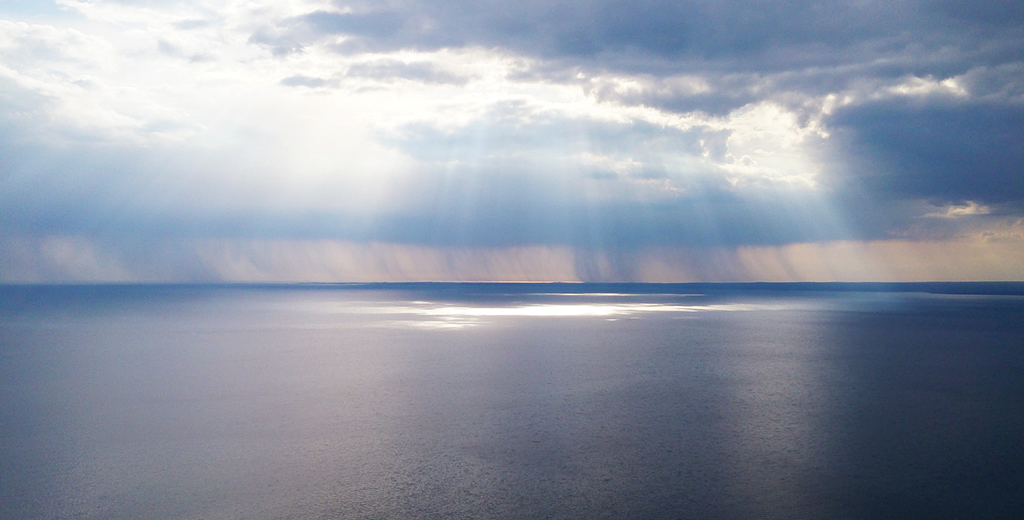 Hope during this difficult time

The chaos seems really angry. As the daybreaks dragged their feet over the past few months, during our caged-in existences, it seemed as if all dark powers converged to make us the victims of fear and insecurity.

Yet, there was the story about the captain from South Korea. Can you remember? It was a story about how chaos created a new order. The story was about the captain and the deckhand, how they managed to find, despite their nationalities, rank, wealth or status, equal ground. It was a story about fear, anxiety and other descriptive words that describe how so many of us feel at the moment. In this situation, they found peace in spite of the many descriptions of our feelings. They found peace in the words that Danie shared with them: 'Be still and know, I am the Lord'.

Then there was the man in Richards Bay. Words were not enough to heal his brokenness. How does one pacify those that cannot be pacified? No words could ever bridge the distance to his family that just buried a father, grandfather and man on the other side of the world. They did not only bury an important family member, they were also acutely aware of the empty chair and bed of the son and father that works at sea. While talking to Loffie, the man discovered the voice in the dark. A voice that, without a doubt, gives hope. Against the background of distance, fear and anxiety the voice was clear. It spoke more than mere words. It was tangible and present. It was real, 'Be still and know, I am the Lord'.

Perhaps you remember the story about Chris, thinking about his last few visits to ships in the Durban harbour? The norm had always been open doors, friendly faces and people eager to converse. In the new reality this changed. Everything is locked and suspicion is the new norm. With faces hidden behind masks, only the eyes assess you with cynicism. The sudden suspicion is symptomatic of a neglected truth – that there is a bond between us all. There is an unmistakable bond between you, me, them us… My way of being affects all I meet. My way of being is highly infectious.

He told about his visit to a container vessel with a crew from India and the Philippines. He had a chance to listen, truly listen to each member's story. He could empathise and care about the stories. He left with a deep awareness that his Message, the one he takes to them, is highly contagious. He realised that the Message of, 'Be still and know, I am the Lord', has the power to touch each of the men. He understood that it influences them and that it could become their guideline too. It is a story about the truth getting through to open hearts despite locks and keys…

In another harbour we met Peter from the Ukraine. In all his years of working at sea, he had never encountered a situation like this. His fear for the angry seas had been tamed a long time ago. Experience means that he can navigate through a storm calmly and securely, steering the majestic ore carrier to safer waters. He knows, without a doubt, that every storm will pass. But, the current angry chaos is different. It is not like an angry storm at sea. It is faceless, odourless and silent. It travels through the universe without being seen or heard. That, Peter finds nerve shattering. It changes his normal demeanour, his calm spirit and leaves him feeling broken and often in despair. It feels like unknown territory, not of the open seas, but of fear.

During his conversation with the CSO chaplain, they talked about the invisible, about the reality of things we cannot see and how that causes fear. That was also the moment when he realised that there is an opposite scenario. That the invisible can also heal and care. It is the exact opposite of what we hear about damnation and the heavy feeling in our chests. There is an invisible voice, 'Be still and know, I am the Lord'.

There are thousands of similar stories, stories about the CSO sharing the reality of hope with men working at sea during this difficult time. The CSO is so much more than a few Chaplains. Eventually we are part of a family of donors. Our donors are present in every conversation, every Bible, every food parcel and every single act of caring that we take on board the ships in our harbours. Every story is intertwined with the role that our donors play. Your donation will help to share the Word and Message with the men working at sea. It will help us remind the men trying to survive the angry chaos, again and again:

We hope that this will bring you peace of mind too.