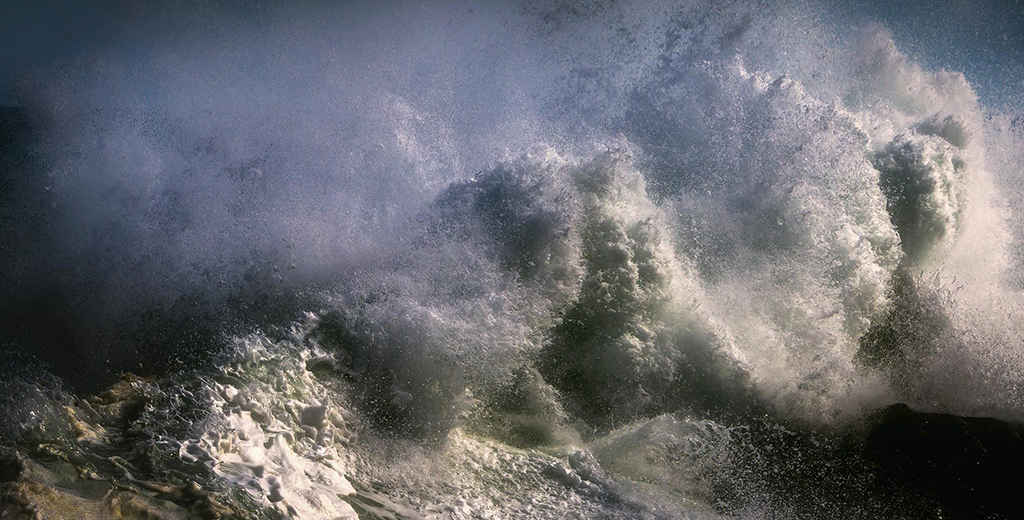 Clinging for dear life. That was the only defence at that stage. It was the only thing to do against the angry storm that battered the enormous, yet very small ship. With ropes secured on the quay, the enormous vessel inspires trust as if it is unbreakable, but in that storm along the African west coast, the ship is mere driftwood, flung around by the power of the unstoppable ocean.

That is how Alexi explained it to Danie in Port Elizabeth.  The sea salt runs deep in the man from the Ukraine’s vessels after many years at sea, but something like that storm, he had never seen before. With a lifetime of experience he knows the abilities of the ship and the ways of the sea, but that storm was different.  It felt like days during which the ship was thrown about, it was thrown from port to starboard, feeling as if every wave or valley signalled its last breath. The sea threatened to swallow the ship. It created doubt.

Emotional, deeply aware of being powerless, the storm confronted him not only with the violence of the water outside, but also of the turmoil within. It was like a conspiracy between inner and outer worlds. This moment awakened the dormant storms within him. It washed over him. It also threatened to swallow and overwhelm...

In that powerless moment, a moment of letting go, of giving up – the only thing left was calling out to God. Just there, He met him.

Now, here in Port Elizabeth, the tiredness is close to the surface. Physically, emotionally, spiritually – all work together to create exhaustion that cannot be healed by an afternoon nap. Yet, he feels a new peace within. As he holds the new Russian Bible to his chest while going through the necessary motions with Danie to unpack the emotions one by one, Alexi bears witness to the fact that all who are weary and burdened, can find rest with Him.

Also during this time, donations received help to bring the peace of the Child in the crib to all those working at sea. It did that for Alexi. May you also experience that peace during the new year ahead of us.