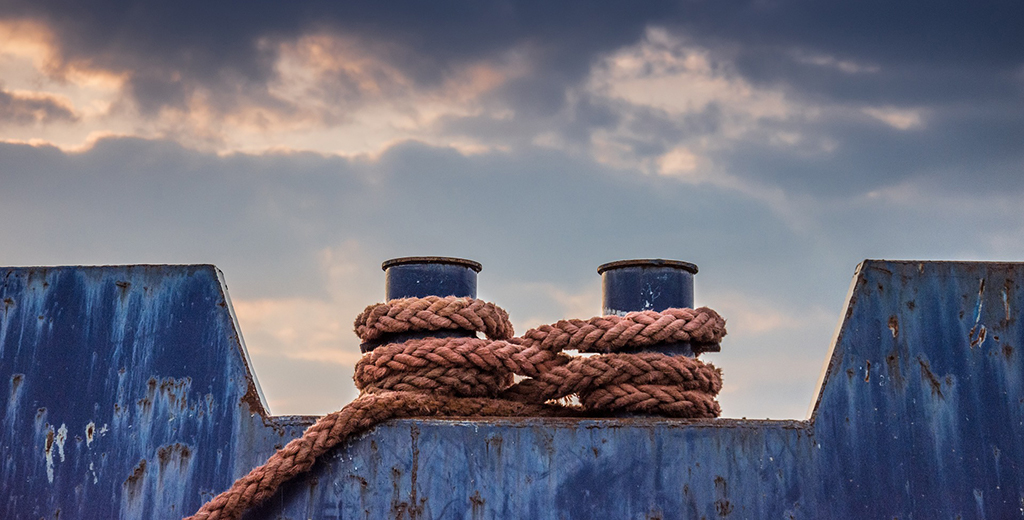 'We are being treated worse than dogs, but with one big difference. If someone does something to a dog, all are concerned. If something happens to a seaman, it is not a problem for anyone', says the Captain. He is complaining about their lot while talking to Chris in the Durban harbour. They also talk about piracy, before he tells about the challenges of a seaman's life.

As if to highlight the discussion, two policemen enter the office. They show attitude and explain that they have to check documents relating to weapons on board. The ship is en route, along the Cape of Good Hope to the stormy waters of West Africa. The seas there are stormy, not because of the ocean or difficult navigation, only because the number of pirate attacks increased and were higher than ever before in 2018. Piracy that decreased over the previous years, again increased for the first time in 2018. Statistics show that the attacks are more violent than before and therefore they are more frightening.

The Captain delegates the task of the two bulldogs to the Chief Officer. One bulldog threatens, from the first word that there will be trouble if they do not co-operate. The other one insists on getting mineral water, as if it is his right attached to his badge, but without saying 'please' or 'thank you'. The crew dance this dance humbly, knowing that it is a power play.

Chris realises the lot of the men working at sea while watching the negation of people by the two in uniform. Weapons on board remain a nightmare for each captain of a ship. Weapons do not only pose a threat for all on board, they represent danger. Each of the weapons displayed on deck represent the promise of conflict, potentially deadly conflict. In addition, every country has maritime laws dictating the rules about carrying weapons. Quite recently a case in India caused headline news when the ship, carrying weapons on board, suffered engine damage and drifted into Indian waters. The men were arrested and jailed. The key was, as they say, "lost". The weapons on board do not only pose legal problems, but also emotional reactions. They represent danger waiting just beyond the horizon and this affects the moods of each person on board.

The contempt shown by the two in uniform, displays a total lack of understanding. They feel that the papers that need signing represent power. That means carte blanche to do as they wish.

After this visit, the Captain invites Chris for a meal. It does not seem as if Chris performed any miracles on board. They talked, there was a friendly banter and he asked each about his life, but with respect for their life on the ship. That in a world filled with bulldogs is something special. It signifies something great, even something radical. In the radical situation of simply being together, they share the story of the Manger and the Cross. This care and interest in others become a reflection of the empty grave.