Although we were not there to meet the first ship in Richards Bay, we started working in the harbour shortly after.

We have two different storage areas we rent in the harbour for our harbour worker to make his work easier.

In Richards Bay, another story unfolds. The man explains his searches and digging to Loffie. He tells him of all the places he had searched, where he dug, what he had tried wat – all to try and find a piece of Heaven. He explains about the feelings of guilt that crucify him each day, because he never visits a church. After all, at sea it is impossible to find a church.

He understands faith as something for something. His theology involves going to church to improve his chances of going to Heaven. For him Heaven is a little like a golf card. You count and subtract every day, until you have to give a positive tally on the final day. This non-stop chase after points to achieve everlasting life drives him, but it also drives him to non-stop doubt...

Loffie decides to share the story of the man on the cross next to that of Jesus. He explains that he was forgiven despite having been crucified. He received mercy.

After a long conversation with the chaser of positive actions, the man understands that Heaven is free, without tally cards, or addition or subtraction. He is free and freed, knowing that Heaven may be his, here and now. 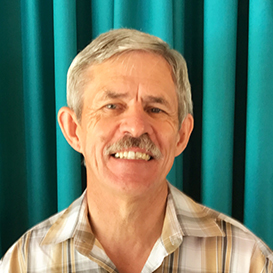