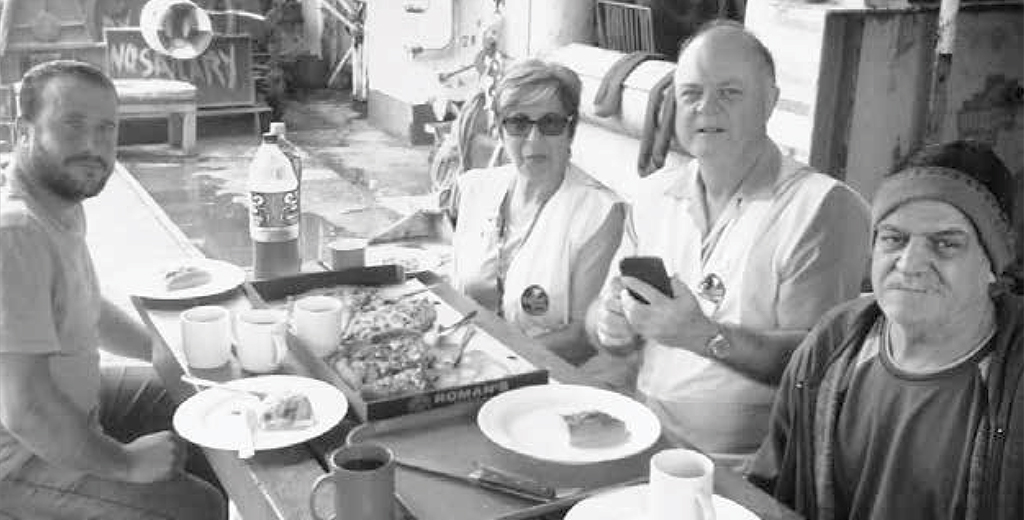 Only two remained on board. For all practical purposes, that made it a ghost ship. There is no food, diesel or electricity on board. The ship rocks on the water like a useless vessel without any promise to ever sail on the open seas again. Ropes keep it in place until every invoice sent to the owner had been paid. The two men on board are mere victims.

For thirteen months the CSO and other organisations kept the two people alive. The word "person" or the plural "people" are strange words to use, especially when you are stripped from everything, even your dignity. It means that you no longer feel like a person. It means you no longer feel human being among people.

The other day Chris attended a meeting where the owner finally presented an offer. What he offers is less than half the wages that they have not received over many years. For more than a year he basically left them for dead, not bothered by the fact that they had no money, nor a crumb of bread in a strange harbour where they were trapped without doing anything wrong. Perhaps that helps us understand why they refused the offer. The owner already took everything from them, even their human dignity.

The two men are like brothers now. They bonded due to extreme circumstances and form an united front against the injustice of the situation. Their decision, however, has implications. The fact that they refused to accept the offer, means that the matter will be heard by a court. Optimistically, this may take years to come to fruition. In addition, the story is not only about being alone on a ghost ship for thirteen months. The men are characters in other stories too. They are fathers, sons, husbands and more. The ripple effect of the two forgotten men from Syria and Iran does not affect only them. The stories include that of a child whose father had not been there on a birthday. The stories affect a mother that cries every night about her son. They also affect a marital partner that wakes up each day with an empty space next to her in the bed and so many more.

One thing is certain. During the thirteen months they experienced love, care and patience from Christian helpers. This fact added an unexpected chapter to their stories. This chapter includes how the Man of the Cross died for them too. The chapter also tells how every meeting with the CSO included something of the Child of Bethlehem, born to be there for all. That includes hope. It gives meaning.